Have you ever had an amazing and completely original song echoing around in your head? You can hear it perfectly. Every voice and instrument is clear. You know when the beat drops, when the horns come in, or when another singer joins the vocals.

The problem is that you have no idea how to document your creativity, much less produce the actual music. Humming it to other musicians isn’t enough to make them understand and you’re worried that you might forget all this wonderful music if you can’t document it soon. This is why learning music software like Sibelius and Finale or GarageBand and Reason is a valuable skill. These programs bring your music to life and are sometimes necessary tools if you want to be a musician, composer, song writer, music educator, or producer. If you’re already in the business, perhaps you’re looking to pick up an extra skill or adopt a new platform if you’re tired of your current one. Remember that it’s practical for musicians to use multiple programs.

Note: Keep on the lookout for Making Notes, a music composition program that Steinberg is developing. 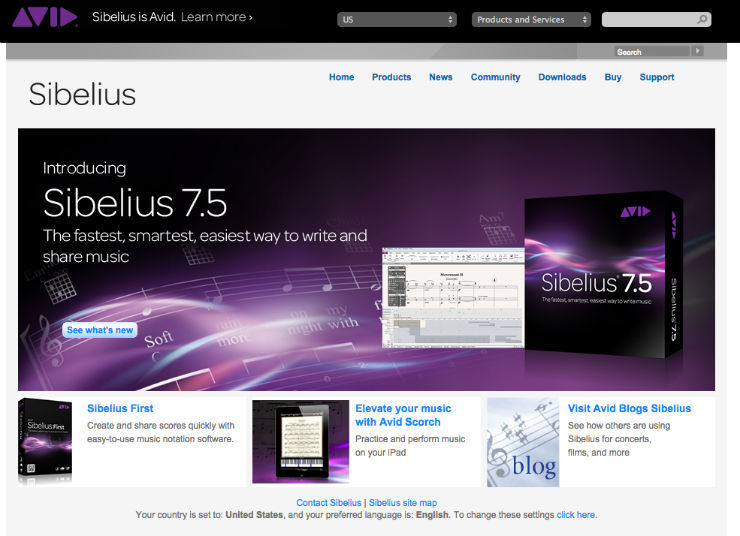 Sibelius is one of the most popular music composition software programs in the world1. It’s currently at version 7.5 and has been around since 1993. You can write any kind of music in Sibelius but it tends to best for jazz, classical, and other forms of orchestral music due to its “scorewriter” format. Both faithful users who have gone through multiple versions and new adopters praise its simplicity and versatility. Sibelius costs around $600 or less, depending on whether you work in academia or not. 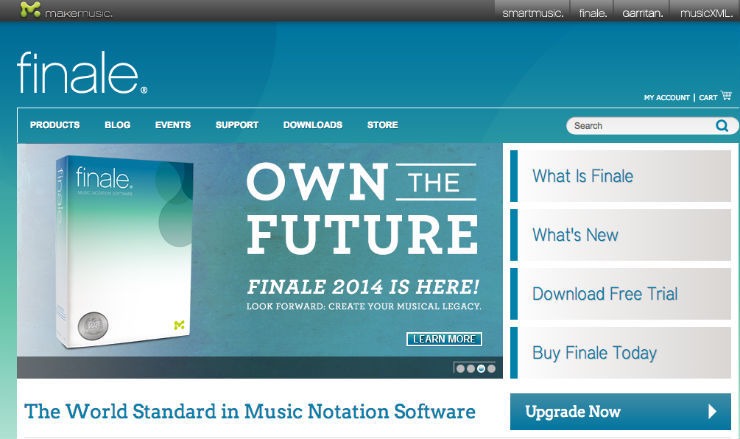 Finale is Sibelius’ main competitor. Music composers often refer to the two of them as rivals similar to Coke vs. Pepsi. Because both are high quality, trusted, and similar products, it’s mostly a matter of preference. Sibelius is more friendly for beginners and offers a simpler experience as a whole. However, Finale offers more control over the score and is better for those with more experience and patience. It costs $139-600 depending on whether Finale is your first music composition program. Like with Sibelius, you may save money if you work in academia.

“I prefer Finale as it makes possible a good balance of notational clarity, printing ease of scores and parts, editing, acceptable audio playback and recording mo3’s for sharing demos and examples – plus it contains a reasonable set of digitized orchestral “instruments” and percussion.” – David Winkler, Composer Notion allows you to compose scores and virtually perform them if you want to practice for your big gigs. You can also transfer your scores between devices and import files from other music software programs. The virtual fretboard, keyboard, and drum pad give you the option to play and record songs as you go. Its typesettings are not as good as some of the other platforms we’ve mentioned but its interactive experience is unrivaled. It costs $149 and is primarily for notation, although it does have other functions. You can get LilyPond for free by downloading it online rather than installing it like Sibelius or Finale. LilyPond prides itself on printing music with styles that make it look more classic and hand-written. Anyone can use it, but coders and professional programmers may get extra benefit from the text editor interface. You can also play with the source code if you have enough skill. Lilypond is much harder to learn than something like Sibelius but will ultimately give you more control, especially if you have coding skills. 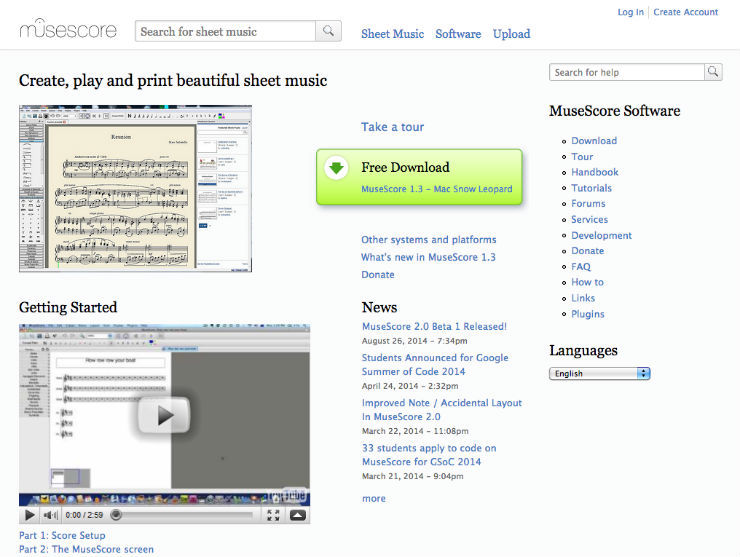 MuseScore is also free to download and emphasizes creating beautiful sheet music. However, it’s simpler than LilyPond and does not have the interactive web component. It also allows you to upload music and then tinker with the score. There are some free tutorials on their site if you wanted to get started. Editor’s Note: I connected with Richard Hotchkiss, President of Passport Music Software. He had the following to say about Encore:

“To my surprise, I was able to learn Encore within 30 minutes and finished my score in 2 hours.”

“Encore is my music notation software of choice because it is intuitive, easy and quick. It doesn’t have all of the bells and whistles of Finale or Sibelius, but it creates professional quality printed scores and parts in much less time.”

“I like the way Encore opens quickly to a blank score in page view without any distracting chimes or noises so I can write my ideas down quickly, just like if I were to sit down with pencil and paper only faster and neater.” 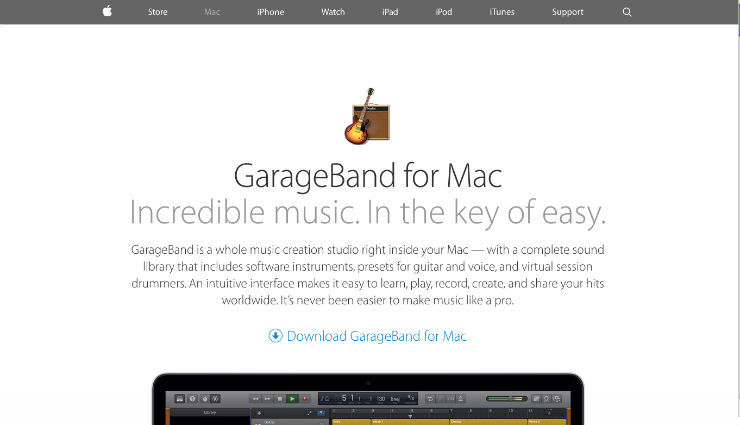 GarageBand is one of the older and most user-friendly music creation programs available for Mac users. It’s also one of the only creation platforms that teaches you how to play instruments by offering beginner tutorials for guitar and piano. Otherwise, you can consider it a basic version of programs like Reason and Cubase (we’ll get to those soon). It also only costs $5 to download as opposed to the hundreds you may spend on other music software. 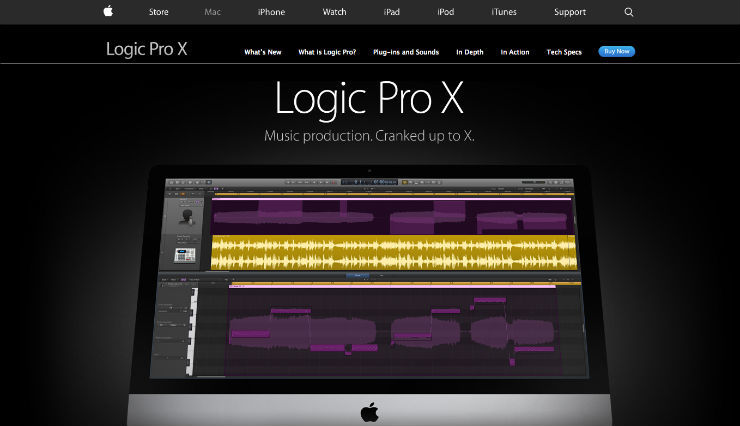 Logic Pro X gives you the experience of having your own little recording studio. It’s great for people who are familiar with GarageBand but want to move to something with more features. It costs $200, which is much more expensive than GarageBand but worth it if you want a more professional program.

“I appreciate the intuitive nature of Logic Pro X.  It has been a relatively easy transition from GarageBand, now I just have more tools at my fingertips to get the exact sound I want!  A sleek modern look and easy learning curve makes it fun to create in Logic Pro X!” – Zahra Universe, Professional Musician Reaper is great if you want to customize your Digital Audio Workstation. It’s also way cheaper than most other programs if you download the discounted license at $60 (although the full commercial license is $225, which is more expensive than some other programs).

“Reaper is actually one of the most affordable DAWs out there but is still extremely powerful and the key factor for me was the customizationabilities. Everything from key commands, to macros, layouts and more can be customized to fit a specific workflow. This has sped up my creativeprocesses considerably.” – Scott Horton, Virtual Mix Engineer 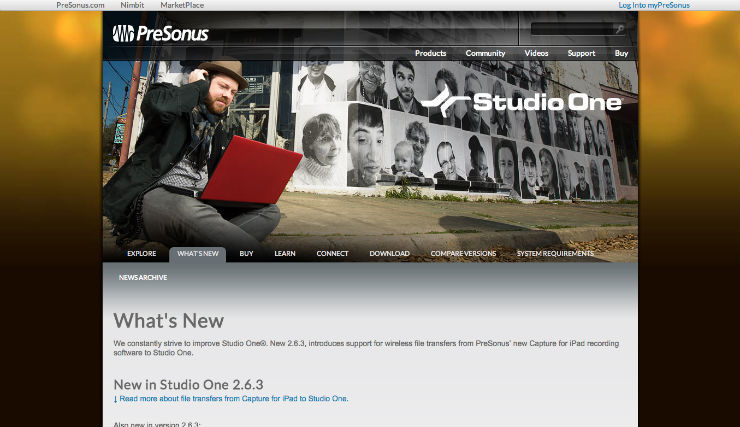 Studio One is great for audio recording beginners who may be new to Digital Audio Workstations (DAWs). It has an intuitive browser and drag-and-drop feature that allows easier transfer of files and elements. Cubase is good for all musical genres if you want to be able to have the complete music production experience in one application. It’s not our top recommendation for classical and jazz music composers but it does offer a holistic experience that is hard to find. It is also arguably the best and most popular Digital Audio Workstation (DAW) on the market. The cost is $500 or more depending on what version you purchase. 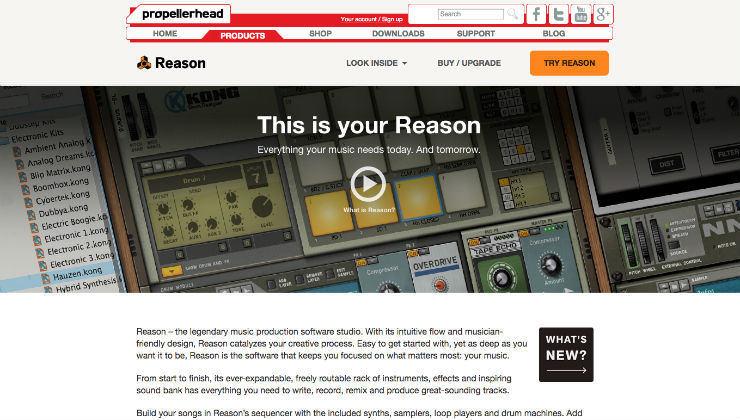 Reason is a great tool for producing rock, alternative, hip-hop, and R&B tracks. It gives you a sort of virtual mixing board and allows you to write, record, and remix music using built-in synthesizers, drums, and more. Although Reason is newer and less expensive at $399, it’s similar to Cubase. 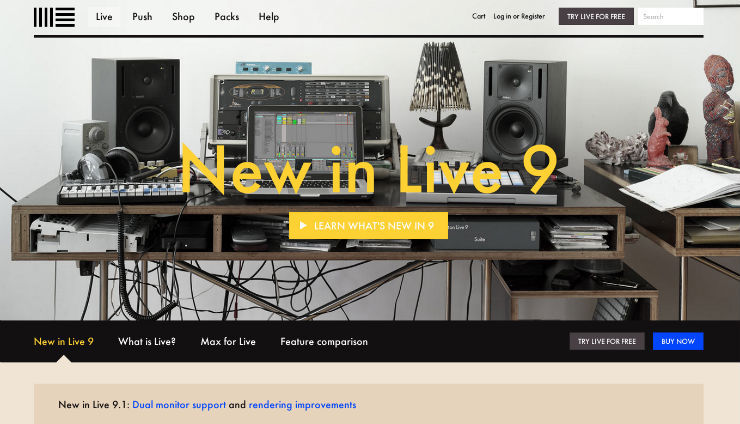 Live is a bit unconventional compared to other software we’ve mentioned but acclaimed nonetheless. Its unique “Session View” encourages improvisation and allows quick switches between improvisation and arrangement. Their page also stresses the support of multiple monitors. The newest version will cost $100-750 depending on how many features and how much capability you want.

“I use Ableton Live.  As a long-time FL Studio user, it took me some time to acclimate (years, in fact), but once I did, my workflow changed and improved drastically. In Ableton, everything is nested, allowing for easy access and some very creative routing and sound design potential.  While I used to work solely in an arrangement view, Ableton’s session layout lets me improvise and add more human elements to my work.  It also natively supports video in the timeline as well as timecode.” – Jeremy Lim, Video Game and Film Score Composer I connected with musician Chris Jones, who had the following to say about Sonar:

“Sonar features an all-in-one recording program similar to ProTools, but with a less steep learning curve and an integrated user interface that allows you to move seamlessly between views of your mixing board, individual tracks, effect channel strip and files/plugins (and now you can view them all at once, too).

The best part about this program is the feature called ‘Pro Channel,’ which is basically their native channel strip that includes their own plugins (EQ, compressors, saturation/warmth, console emulation, reverb). All of the effects are excellent (as good as any I have used), and are very inexpensive once you own the program itself. Best of all, you can insert other plugins into the channel strip and create presets so there is unlimited flexibility and convenience. This is all done through simple drag/drop and menu selection, which is very intuitive. This is by far and away the best thing about their platform and I use the Pro Channel on all my projects.”

Sonar costs $70-350 depending on how much capability you want. Pro Tools is best for tracking and mixing audio even though it has the same wide range of features as Cubase and Reason. The software will cost $200 once it’s in stock.

Making the Best Music with the Best Tools

Picking the right software can be tough. You have to think about what you primarily want it for and which genre you’ll focus on the most. Finale and Sibelius are nearly unrivaled when it comes to composing classical, jazz, and contemporary music, especially for orchestras. However, you might want to save money with MuseScore or LilyPond. DAWs like Cubase are great for recording rock and hip-hop but don’t have as much notational ability as Sibelius and Finale. Most of the musicians we saw on popular forums solved this problem by learning multipe software when they wanted more features. Either way, we’re sure at least one of these programs will aid you in your music career and songwriting.

What softwares do you like to use for your music notation or creation?